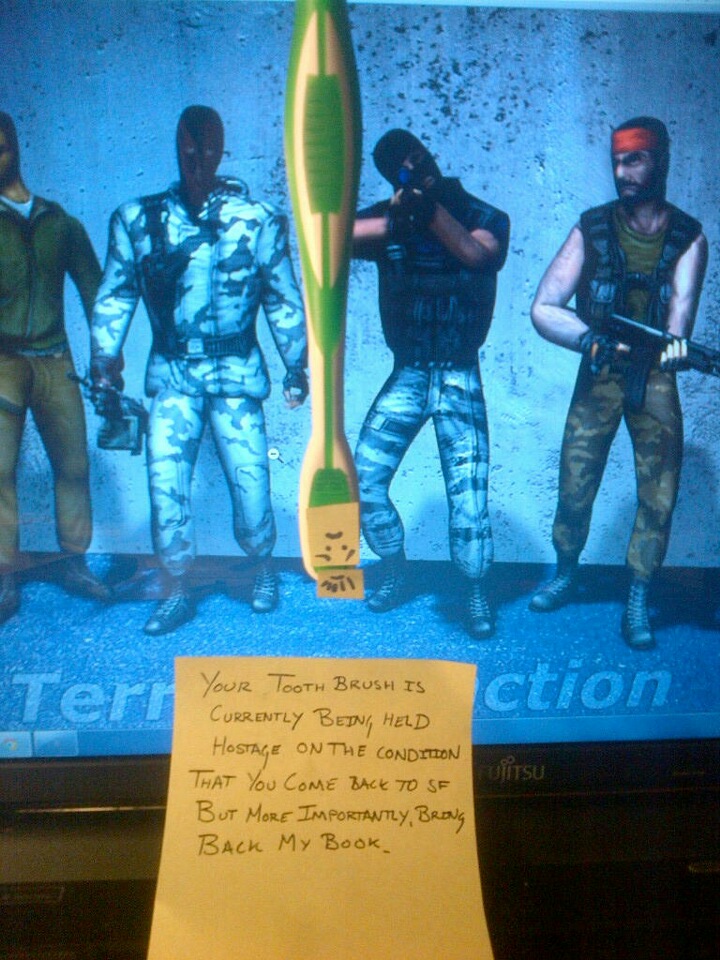 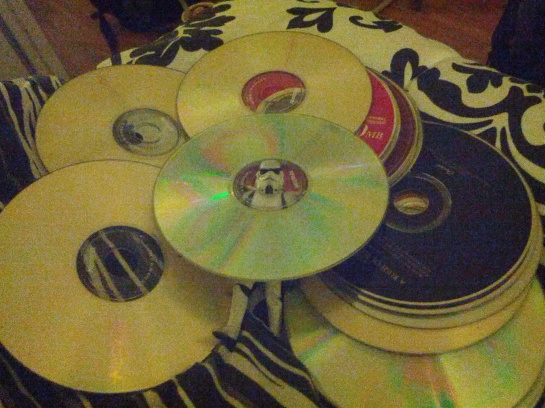 Stormy: “Play another slow jam, this time make it sweet…”

Oh, the memories. CD-roms are becoming a thing of the past. Creating playlists with the intention of burning them meant that only through careful listening and curation, the result would be a product that was nothing less than perfect in your eyes, more meaningful, just like mix-tapes. Whether you were burning it for yourself or for someone special, it was a personal experience.

You’d realize which songs really stuck out to you since you might’ve had a certain song again on a different CD mix. All the emotions flood back when you listen to a mixed CD! Or maybe they won’t concoct the same feelings you once had. These CDs are a representation of a time in your life. Memories of friends that you could belt out these songs with, adventures and situations you went through where music saved your life.

I’m recycling these CDs because many of them are unplayable. My car is littered with them, and they’ll eventually degrade in the hot hot heat. It’s more likely to find my friends playing music off Spotify, Pandora or even rdio at their houses than it is to see them pop a disc in the ol’ CD player. I’ll be uploading them into my iTunes Library for posterity. I’ll also copy these playlists to my iPod, but searching for a certain playlist wouldn’t bring the same effect as hurriedly putting a random CD in the stereo.

As solid media fails, technology that was once top-of-the-line also depreciates. My 4 year-old MacBook Pro has begun to malfunction: I’m forced to hurry importing the music before the cd idles inside the laptop, because I can’t eject the disc, and the icon disappears from the desktop. The only solution is rebooting in Single-User mode in order to eject.

Since I’m importing these CDs, iTunes doesn’t recognize track information off the bat. I’ve been listening to the songs, searching online for artist, song and album info, manually typing untitled tracks for identification, assigning genres and visually perfecting the text for the library. I now have to come up with names for CDs that I’ve had unlabeled purposely to randomize music play (think a little bit of the Pandora/iTunes Genius with synchronicity mixed in), hoping that an unlabeled CD could match my mood at that moment. It was awesome when it did. It did most of the time. It was also great when I forgot I had a certain mixed CD and ended up playing it.

Just like a messed up CD, importing the tracks to the library also replicates the losses. Songs are lost in import and conversion due to the love, the overplay, the scuffs, the skips, the scratches. Forced to delete them from my iTunes library because they are chopped, barely finishing or starting the song, if even that.

Sadly, I cannot have my Part II to Usher’s Confessions Interlude.

If the CD is beyond repair, iTunes won’t play it and it will give you the pinwheel of death…until you forcequit. I then resort to just copying files from the Audio CD to a folder to my desktop. Then I get this–

I’m not saying that creating lists online aren’t meaningful. To me, it just doesn’t feel the same. It just seems that everyone is always moving on to the next “best thing” and forgetting how much we’ve advanced to get to a state of cloud storage and streaming. With CDs, you “own” this, this creative mix, a physical thing that contains so much. You don’t need an internet connection to play CDs, and you won’t be distracted by any other devices. It doesn’t suck up battery life off your phone or music player to work. It’s a pure experience.

Stormy: "I bear-ly get enough rest these days..." 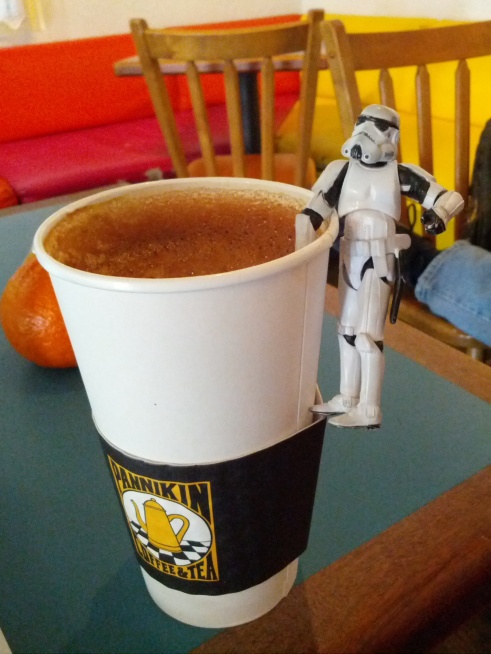 Stormy: “Lately coffee hasn’t been doing the job for me, but this Jimi Hendrix has got me wired.” 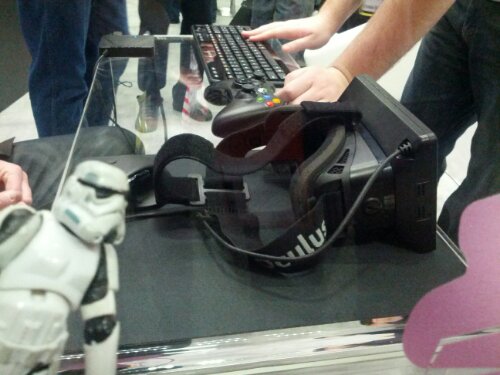 Stormy: “Biggest little fan here, you may have all the bacon & eggs I have.”

Stormy: "How'd you know that I was a bow-tie kinda guy?" Major thanks to the awesome folks from Woodthumb.com for sending this my way! They make awesome products from reclaimed wood resources, so check them out! Also - they just released the new skinny wood tie in black this month, can't wait 'til I get mine :) 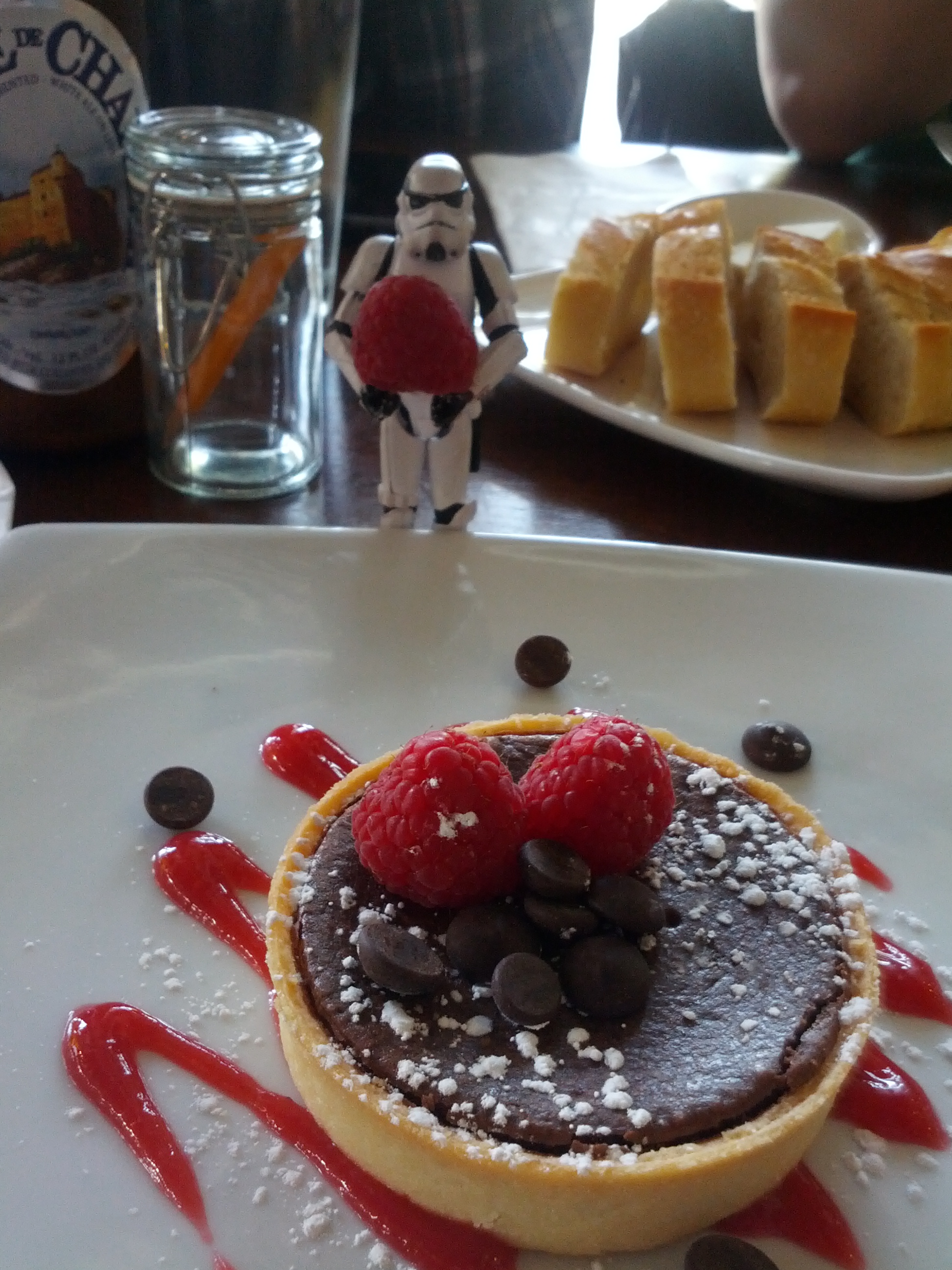 Stormy: "I would blow a raspberry at you, but frankly, I'd rather eat it." Featured: Valrhona Chocolate Tart with Raspberries, L'Epicerie, Culver City (Los Angeles)